The line for The Underground in Charlotte was snaked around the block on February 21st, as hundreds of indie kids dressed to the T in their turtlenecks and beanies waited in line to see the Wallows perform their sold out show.

If you’re not familiar with the Wallows, they’re an indie-rock band from LA made up by Braeden Lemasters (vocals, guitar), Dylan Minnette (vocals, guitar) and Cole Preston (drums). If either of those names sound familiar, it may be because both Braeden and Dylan are accomplished actors in their own right, the latter staring as Clay Janson from Netflix’s 13 Reasons Why. Though this no doubt helped the band garner initial interest, it by no means is the sole reason for their success.

The three met when they were around 11 years old at a program called Gigmasterz where they formed their first incarnation, “Join the Band”. For the next decade the three-piece honed their talents performing shows under various band names until they settled on The Wallows in 2017. They got this name from Braeden’s favorite game, “Tony Hawk’s Underground” in which there is a famous skate spot in Hawaii called the Wallows. They released their debut album Nothing Happens in 2019 which amassed an incredible 5.3 million streams in the US during its first week. The album’s first single, “Are You Bored Yet (Feat. Clairo)” garnered over 1 million streams alone during this time. The band’s quickly growing fanbase allowed them to open for Vampire Weekend and perform on highly coveted late night shows such as The Tonight Show Starring Jimmy Fallon and The Late Late Show with James Corden.

The Wallows kicked off another leg of their sold out global headline tour Nothing Happens on February 13th. I got to catch their Charlotte show this past Friday and it was easily one of my favorite shows in recent memory. The first thing I did when I got in the venue was take some donations to their donation booth. For each show The Wallows pick a local charity and make a list of items you can donate to get a special button. I love this idea and was more than happy to take part in this show’s charity drive for The Arts Empowerment Project to help with art therapy for children in foster care. I think this says a lot about the band because they are using their “fame” to help others and shed light on local programs in need of help without gaining anything for themselves.

The opening band, Penelope Isles, took the stage promptly at 8. I had personally never heard of Penelope Isles and was pleasantly surprised by their fuzzy almost psychedelic take on the dream pop sound. I definitely recommend checking them out if you get a chance!

After a short break, The Wallows took the stage to a roaring crowd and haze of strobing lights at around 9. They opened the show with the first track off their debut album Nothing Happens called "Only Friend", followed by "Pleaser", "Sidelines", "These Days", and some of my personal favorites "Drunk on Halloween" and "Ice Cold Pool". Their chemistry is undeniable when you see them joke and dance with each other on stage. In the middle of the set, they even started into the theme song to Drake and Josh, “Found a Way”. Having personally seen Drake Bell Perform this song live, they definitely rivaled the original and embodied it’s fun brotherly love vibe.

Half way through the set the band stopped to thank their lighting guy Landon and asked the crowd to help sing him Happy Birthday. During this, Dylan hopped off the stage to take over lighting duties. After, they dedicated the next song, "Let the Sun In", to him and replaced some of the words with his name. One cool feature of the show was their addition of a live trumpet player to fill out songs such as "Let the Sun In" that feature trumpet heavily. They closed the show with the fan favorite sing along "Are You Bored Yet".

After leaving the stage for a few minutes, Braedon took the stage alone to sing an encore performance of "1980’s Horror Film". He prefaced the song by saying someone messaged him on twitter to tell him three years ago he played this song at the last Wallows show in Charlotte, so he thought it was only right to include it again that night. Afterwards, the rest of the band took to the stage again to perform the last encore and definitely the most anticipated song, "Scrawny". The crowd was singing along so loud that it was almost impossible to distinguish the bands vocals from the crowds.

All in all, the Wallows performed a great show and I can’t wait till they play another show near me again! I definitely recommend you check them out if you like fun, uplifting indie rock songs that will stay in your head for days. 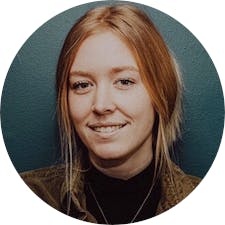