Hispanic Heritage Month is from September 15th to October 15th every year as a way to recognize the unique history, contributions, and cultures of Hispanic and Latinx individuals. September 15th, the starting day of Hispanic Heritage Month, is the Independence Day of Costa Rica, El Salvador, Guatemala, Honduras, and Nicaragua. Mexico's Independence Day is also on September 16th, and Chile’s is September 18th. Día De La Raza also falls on October 12th, and is a holiday celebrated in many Latin American and Spanish-speaking countries as a way to recognize and celebrate the diversity and contributions of the Indigenous people of Hispanic countries that were colonized by Europe.

During this month, there are many ways that people of Hispanic descent choose to identify themselves, and at WUSC, we recognize all identities and want to celebrate with you however you feel most comfortable identifying yourself.

The term “Hispanic” is a very broad term that emerged in the 1970s by the US Census to describe American citizens with ancestry from Spain, Mexico, the Caribbean, and Central or South America. This term was used to encompass all Spanish speaking individuals regardless of their individual and diverse cultures. Commonly used to refer to individuals from Central and South America, this term has been criticized for a few reasons. One of these reasons is that it clearly puts the Spanish, the colonizers, at the center of the cultural label for the individuals living in these areas. Therefore, it implies that Spanish colonizers are central to the culture in these areas.

The term “Latino / Latina” came into use in the United States in the 1990s as an alternative to “Hispanic”, which caught on due to being a term not coming from the US government. This word choice has come under scrutiny for being exclusive to Latin American individuals, though, as not everyone who is Hispanic is Latino / Latina. The use of this term fails to account for individuals in various African countries and other locations around the world where the Spanish also colonized or brought their culture. The term has also been criticized for not being inclusive towards nonbinary individuals or people who choose not to use gendered pronouns.

More recently, “Latinx” has been gaining traction as a gender-neutral term, to be more inclusive and accepting of individuals of all gender identities within the community. The term “Latinx” has had some criticism, particularly in Spanish-speaking countries, as an unpronounceable version of the Spanish word which was formed based on English phonetics.

As a result, the term “Latine” has been coming into use in Spanish speaking countries as a gender-neutral term that does not employ English spelling styles. Still, many individuals prefer to refer to themselves by their country or culture of origin, with terms like, Cubana, Puerto Rican, or Salvadoreño for examples. Some people consider it offensive to their culture to group all people of Hispanic/Latino/Latina/Latinx/Latine backgrounds together at all, as each distinct area has its own unique culture which should be celebrated.

Yet another argument states that terminology honoring the cultures of people in areas colonized by Spain should not be in Spanish at all, but in native languages, such as those spoken by the Mayans, Incans, or Aztecs, as there are many individuals around the world who still speak the languages of ancient civilizations and many countries’ cultures are heavily influenced by their roots in such cultures.

Whatever you identify as or feel comfortable considering yourself, WUSC supports you and acknowledges your identity all year.

If you are a member of one of these groups and want to share what choice of word(s) you prefer to use to identify yourself, feel free to reach out to us to share! We would love to hear from you! 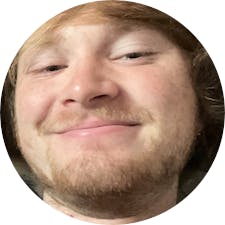 A heavy metal specialty show that shares music and history from a variety of metal and heavy music genres and features a playlist from a different metal subgenre every week.