2023 will be Shaky Knees’ 10th anniversary, which means it should be the greatest music festival of all time. I’ve made a list of ten artists/bands I would love to see make an appearance, ranging from who I believe to be most likely to least likely.

This year, Big Thief put out one of the best albums I have heard in a very long time with Dragon New Warm Mountain I Believe In You. Their indie-folk sound would fit in perfectly with Shaky’s style, and they’re just popular enough to headline one of the smaller stages (probably Piedmont).

I was honestly pretty surprised when they weren’t on the lineup for this year’s festival, as they’re one of the biggest names in the post-punk revival scene and seem to be on an upward trajectory. Now that they’ve got an EP collaboration with King Gizzard & The Lizard Wizard, which Shaky promoted on Instagram, I feel like they’re a pretty safe bet for next year.

Indigo De Souza is one of my favorite upcoming artists in the indie scene, and she seems like a no-brainer for Shaky Knees, especially since she is opening for My Morning Jacket at a number of shows this year.

One of the most unique and fun bands currently making punk music, I am sure these guys put on an unruly live show and would rock Ponce De Leon to its core. They were supposed to do a late night show back in 2020 before everything was canceled, so I don’t see a reason not to have them back.

Bring them back!!! Everyone who missed their set due to seeing King Gizz wants the chance to see JBrekkie!!!

Last year, Shaky expanded their horizons to include some rap artists, including Noga Erez and Run The Jewels. JPEGMAFIA even had a late night show, but no festival slot. I’d love to see him rock a pit show at Ponce. Operation bring more rappers to Shaky!!!

Beach House is honestly big enough to headline the whole festival, and I think it would be a phenomenal experience to have this Dream Pop duo put us all in a trance for 90+ minutes at Peachtree.

Based out of Philadelphia, Soul Glo has been tearing apart the hardcore scene with their legendary new album Diaspora Problems. They’d probably be the most intense set of the weekend, and hardcoore fans would come out in droves to see them perform.

Yet another Aussie punk band. We need more. Amyl and The Sniffers was too good to not give us more. Please.

Although their vocalist is no longer touring with them, I still think this band would fit Shaky’s vibe perfectly, and they’ve gained a pretty massive cult following that I’m sure would kill to see them at Shaky. 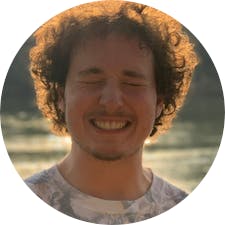 This show is all over the place. Punk, pop, electronic, rap, various duck noises; you never know what you're gonna get, so there's bound to be a little something for everyone! (except for my grandfather, who hates all of it)